I WAS A NEWTON’S NOOK FAVORITE! 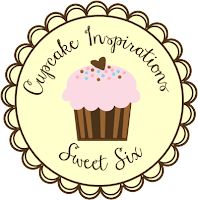 A few posts ago, I featured a halloween card with a background technique I was trying for the first time.  I had a few people ask how I created the background, so when I thought about what I’d like to do with this adorable image, I thought it would be fun to give a tutorial a try.  Video isn’t really a medium that I’m familiar with, so this is more of a photographic step-by-step.  I would love to get feedback!  Here goes!

When using digital images, I start my layouts in Microsoft Word.  I opened a new project, adjusted my paper size and margins, then inserted 2CuteInk’s image “Penny and Her Pup”.  I have a layout in mind for the snow underfoot (more on that below!), so I decided to edit out the snowline in the image.  I used the remove background tool to mark the areas that I wanted to keep (like the copyright mark) and which I wanted to remove.

Once I was happy with the layout of the image, I added the sentiment using a simple text box.

I’m starting with the hair because hair is my nemesis- if I completely stink it up, I can start over without having invested a lot into coloring the image.  I’m going brunette here because it’s the color combination I feel most comfortable with.  I’m using Copic colors E31, E33, E35, E37, E39.  I promise I’ll practice my hair skills.

Next, I’m working on the skin.  I could use more practice in skin, too, but I feel more comfortable with it than hair.  The combination I’m using for skin here is E51, E33 and E11.

I’m pretty pleased with the coloring so far, but see that blooper under the boots?  Yup, I dropped my marker, which means the layout I had in mind is probably not going to work.  The marker I dropped was on the darker side of the spectrum, so even though I doused it thoroughly with Colorless Blender, it’s not budging.  Sometimes Colorless Blender can clean up mistake enough so that I can work around the blooper easily.  In this case, not so much. Since that area is intended to be snow, I can’t really camouflage the mark unless I cover it with a darker color.  I really don’t want to do that, so I’m going to have to be a little more creative.,,

I’ve decided to keep true to the picture I had in my mind, but just go about it a little differently.  I’ve decided to partial die cut a snow line using the “Stitched Hillside Border” from Lawn Fawn.  I’ve cut a bit around the shoes and the pup so I can nestle the die in there to give the impression that Polly and her pup are standing in the snow.  I ran this through the Cuttlebug exactly as it is.

Remember that extra copy I printed?  I have cut in the image lines to create a “mask”.  I’ve cut this into two pieces because the leash is colored black and really doesn’t need to be masked in this case.

I use Stencil Magic Stencil Adhesive to paint the back of the masks.  It’s repositionable, doesn’t harm the colored image, and the masks are reusable if they are stored on a transparency sheet.  I line the masks up over the colored image and now it’s safe for airbrushing.

My next step was to clean up my die cut line.  I happened to have some pearlescent paper on hand that I cut to size and

attached to the back of the image.  It made for a pretty decent solution to fix my marker drop boo-boo.  Once I had the square secured, I started embellishing the sky background to create a snowy scene.  I first made dots with the colorless blender to subtly remove color, creating a transparent effect.  I then went in with my Uniball Signo to add in bright white dots, followed by using Marvy Liquid Applique to add in some 3D ‘flakes’.  To finish off the background, I glued on few white and iridescent sequins in different sizes.

With a deep violet, solid color mat, I put it all together to complete the card.

I will never forget the horror and fear and anger that I felt on 9/11 and the days after.  I pray that the people of Paris and all of those touched by this ungodly act are blanketed with love and support and peace.

entered into Simon Says Stamp Wednesday Challenge– Thinking of You

Happy Halloween!  I picked up this exclusive digistamp when I joined the super fabulous 2CuteInk Digi Club and couldn’t wait to give it a go.  I had a ton of fun making this card.  The night sky background is a combination of two sets of gradient colors around the groovy little pumpkin wizard, to which  I added some ‘glowing orbs’ with the colorless blender marker and colorless blender in a mini mister.  I think the effect is pretty cool.  I colored the pumpkin in honor of my favorite little wizard, then finished it off with some sequin stars.

Popping in to share a blank notecard using a new-to-me technique.  I was tooling around in Circut Design Space and came across this lovely tea cup image and I knew it would make a beautiful stencil.  I colored it in and chose to make it the background for a lovely Irish Blessing and embellished with sequins.  I love the simplicity and overall effect.

If you are interested in purchasing this card or any of my other lovelies, visit my online store.

Wow!  It’s been two months since I’ve posted last.  They say time flies when you’re having fun, but that excuse is only for the first week that I was away.  My family and I went on a wonderful vacation to Myrtle Beach, South Carolina that was oodles of fun.  I especially had fun with my daughter jumping waves for hours each day.  We had taken her to the beach when was very young and she *hated* the waves!  This trip I could barely drag her out of the waves and it gave me the warm fuzzies to see how much joy she found on the beach.

Unfortunately, that wonderful family time was followed up by a long bout of a yet-to-be officially diagnosed nerve issues that are cause me to lose feeling in my left hand.  No fun.

But, fortunately, I am not left-hand dominant, so I am still able to color and create.  Here’s my tribute to our happy little vacation.  And if you take a fancy to it and must have one of your own, just “Click to Shop” on the sidebar and pick it up in my brand spanking new Handmade by Amazon shop.

I *heart* coffee. So much. So it was no surprise when I was browsing through the Fresh Brewed Designs shop that I got a bit giddy when I spied this little beauty.  How adorable is this spooky little latte? I colored it up in my favorite Halloween colors and layered it with some snazzy Halloween themed papers in this fun layout. I love the googlied-eyed spider and the ‘Boo” swirl of steam.

I think I’ve mentioned before how much I enjoy participating in challenges.  This weekend, Passionate Paper Creations posted a Power Poppy challenge using the Sunflower Power digital stamp set.  I don’t color a lot of flowers, but sunflowers are one of favorite flowers, so I wanted to give it a go.  When planning the layout, I wanted to accomplish two things; 1. to only use materials I already had and 2. to try a layout I’ve never used before.  So I dug through my recently organized supplies and pulled out a paper pad that had the rich, complementary colors I was looking for and used a ribbon ‘rescued’ from a birthday gift, so a big ‘check!’ for number one.  To accomplish my second goal, I decided to try an easel card.  I tend not to make specialty fold cards, because although I think of my cards as art, I also like them to be practical- to fit in a standard envelope and be easy to mail and that can sometimes be a challenge with specialty folds.  Using this twisted easel fold, I was able to use a fancy fold and make it practical. Another ‘check!”  I’m really happy with how this card turned out and so glad I gave the flowers a chance.  (Now I’ve got my eye on a few other Power Poppy flower stamps.)

I’ve been planning a vacation to the beach for weeks; trying to remember what traveling with a baby is like, arranging for house and pet sitting, packing for the family, going a bit checklist crazy.  l really just want to leave.  And to relax!

This card makes me even more giddy to get on the road.  My favorite crab from 2CuteInk is making a return appearance, this time to build a sand castle on this really fun card.  I love how the image worked so well in the Polaroid frame!

Moonlight Greetings ~ Wish You Were Here

Sneaking in a second post today to share my entry into the House Mouse and Friends Monday Challenge.   I’ve had this cute Happy Hoppers stamp set sitting around for too long without working with this image.  I thought it would be adorable colored in the challenge colors: yellow blue and white, so I dug it out and put together this little notecard.

…And back to the blog.

I really should have thought through some minor remodeling plans to realize that my craft room would be in such upheaval that I’d be forced into a vacation from posting, but I didn’t so I apologize for my unannounced absence.

I did sneak in a card or two in spite of the chaos and here’s a fun back to school card featuring ‘Nerdy Pencils’- this month’s freebie from the 2CuteInk newsletter.  I think these guys are nerdalicious and couldn’t pick one or the other, so I used both the boy and girl. The only liberty I took with the artwork was to ‘flip’ nerdy pencil boy.